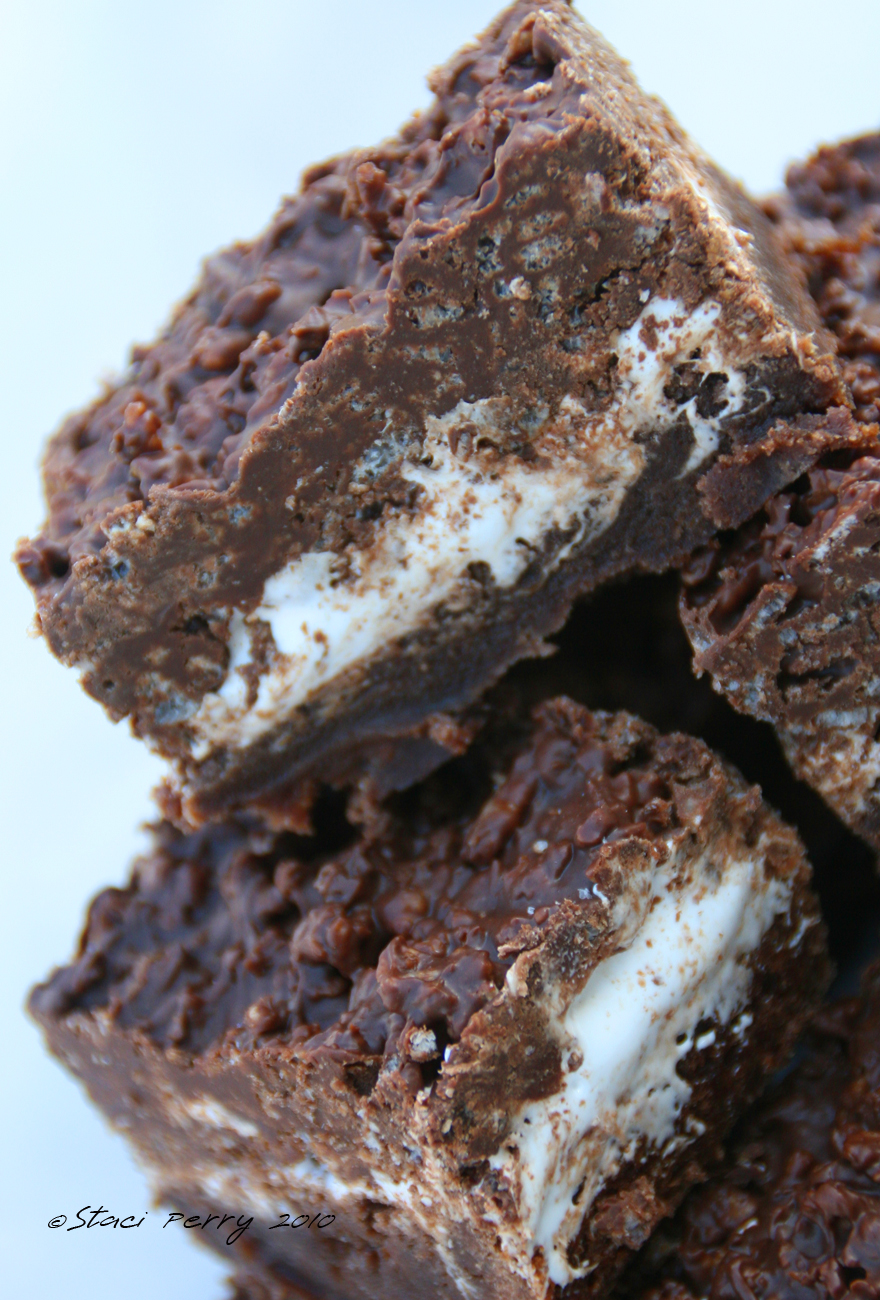 My recipe for marshmallow creme crunch brownies came from my kids’ former stepmom. She brought these treats to a holiday gathering and I asked her to share the recipe. Luckily she did because they have become a favorite in our family and a food day favorite at work. (Which helps me defend my title as Best Food Day Chef within the Personnel department.)

Update: Five years later I made these even better by using Golden Grahams cereal in place of the crispy rice cereal. Get the recipe for marshmallow creme graham brownies.

Do you bake a similar version of this recipe? I’ve also seen it with marshmallows instead of the marshmallow creme, like these from Brown Eyed Baker. 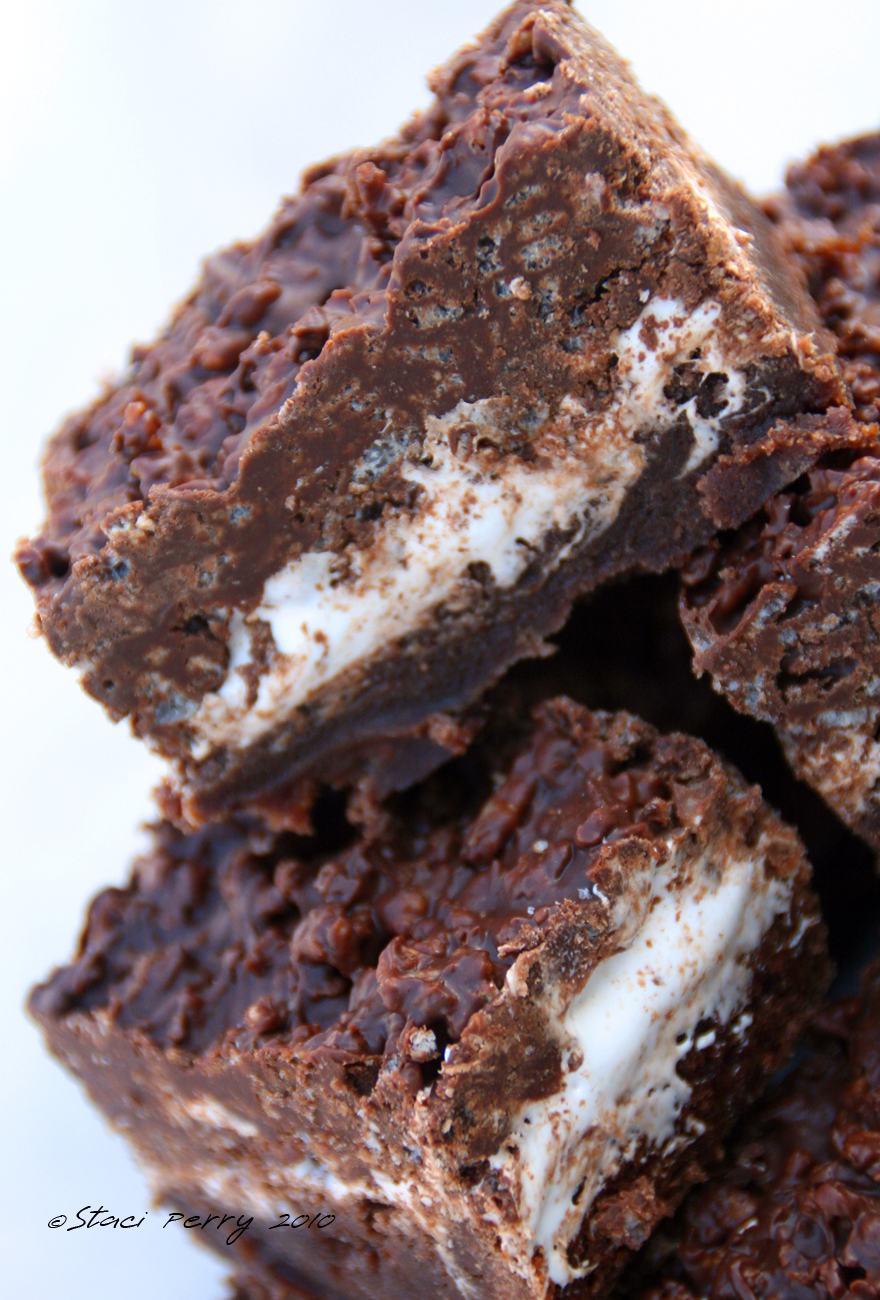 Staci Mergenthal at Random Sweets
There's so much to love about these brownies, from the fudgy brownie bottom to the marshmallow creme center and the crunchy chocolate and peanut butter topping. They are one of my top 10 favorites.
5 from 1 vote
Print Recipe Pin Recipe
Prep Time 25 mins
Cook Time 25 mins
Total Time 50 mins
Course Dessert
Cuisine American
Servings 24
Calories 350 kcal 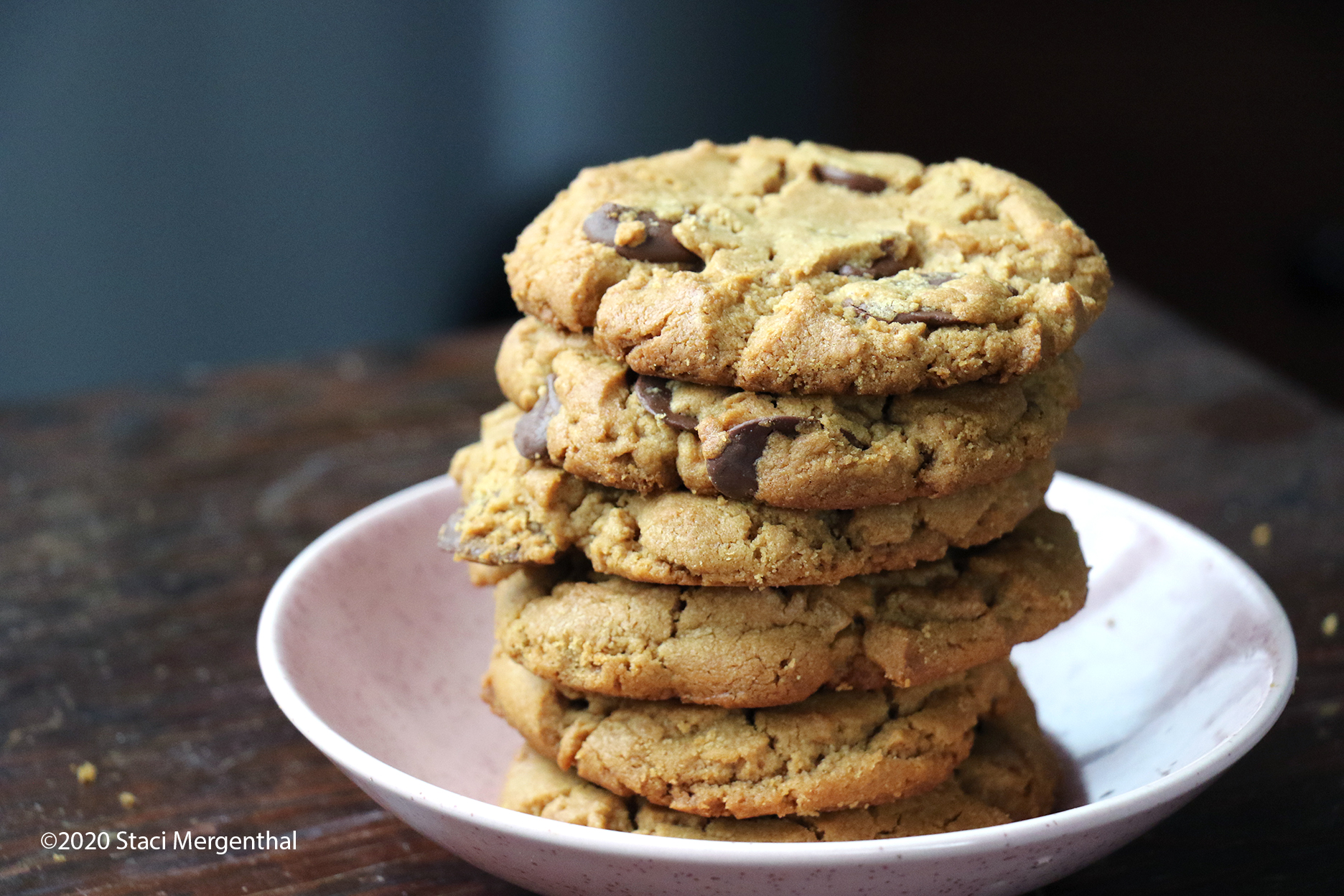 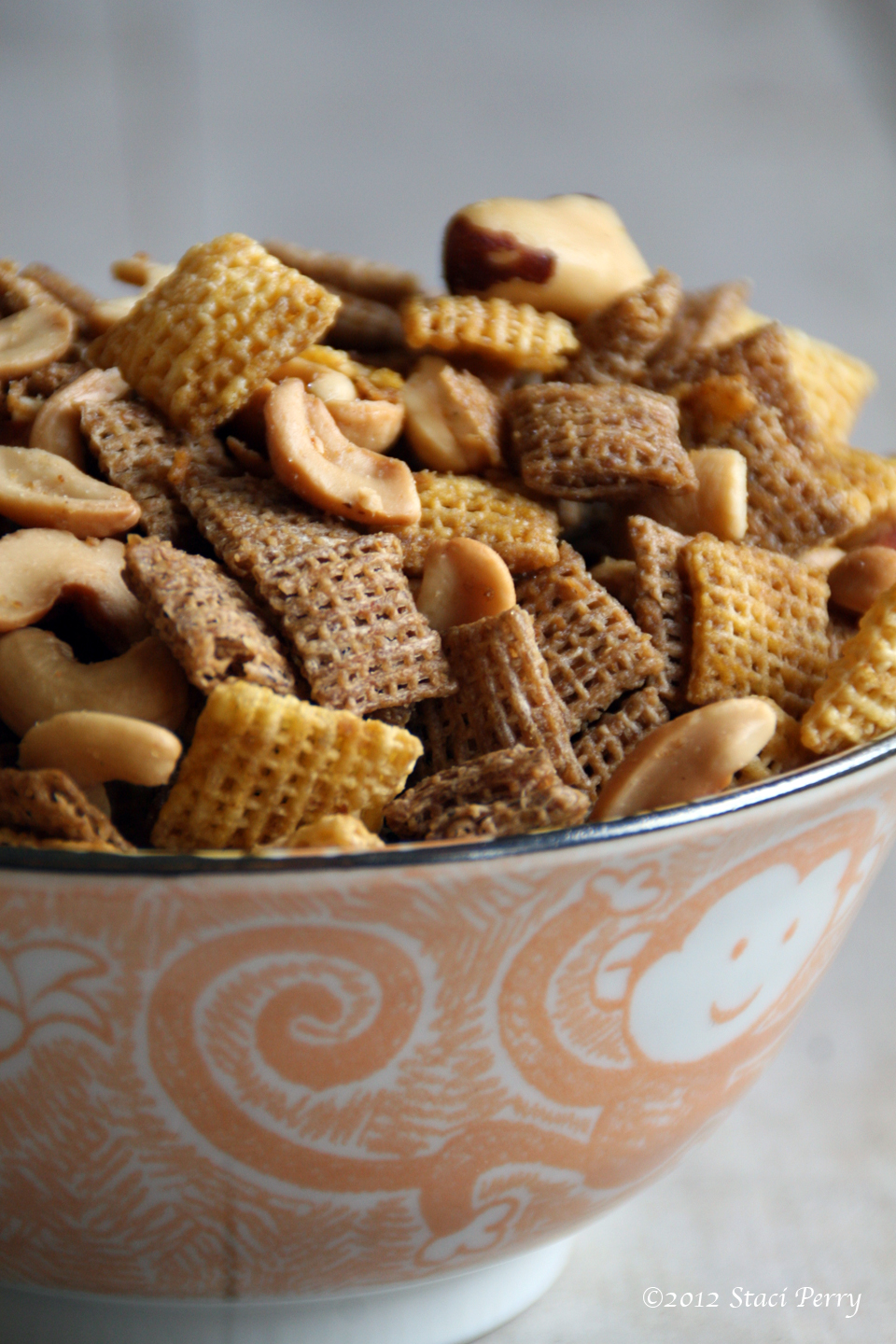 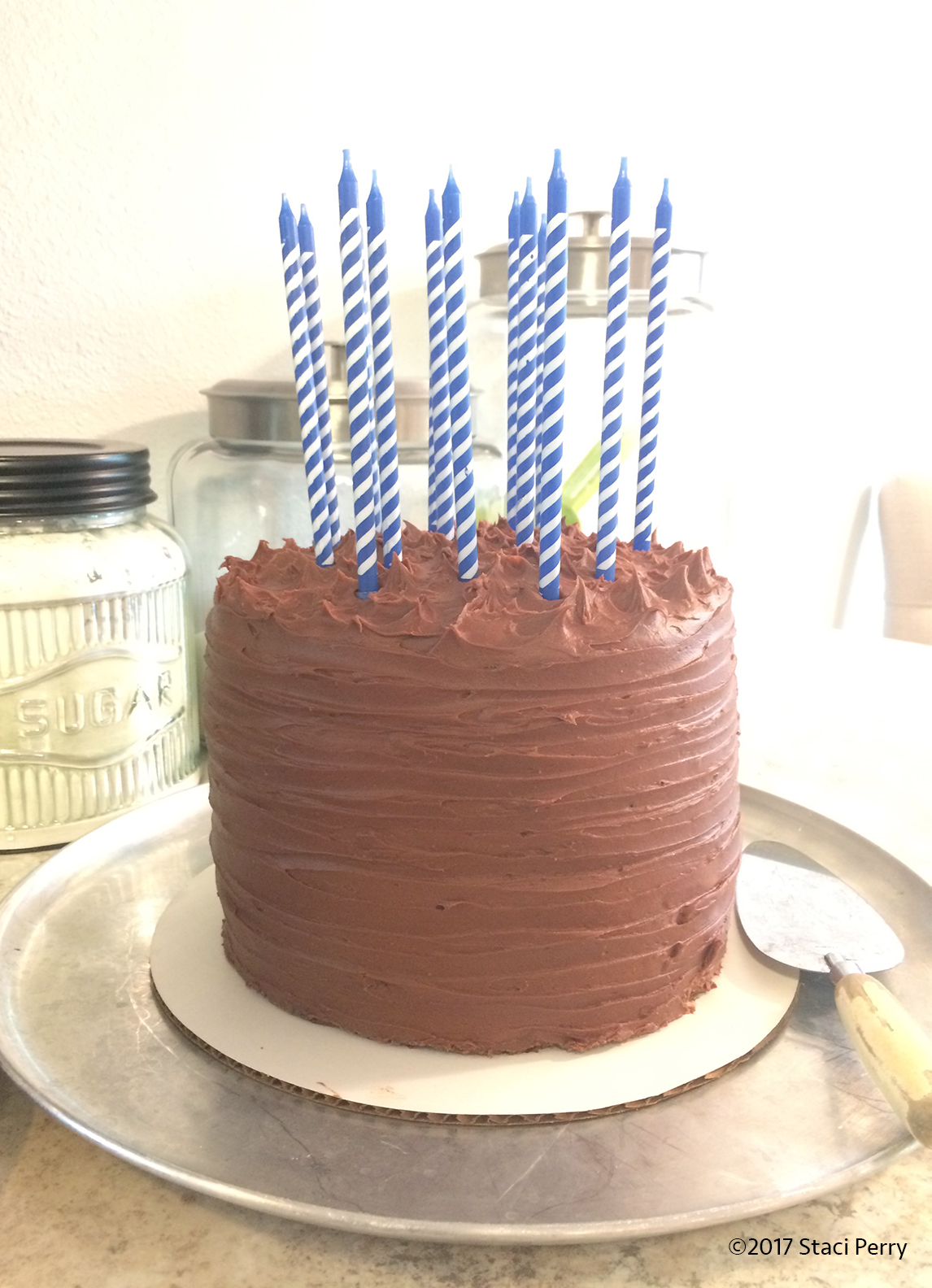 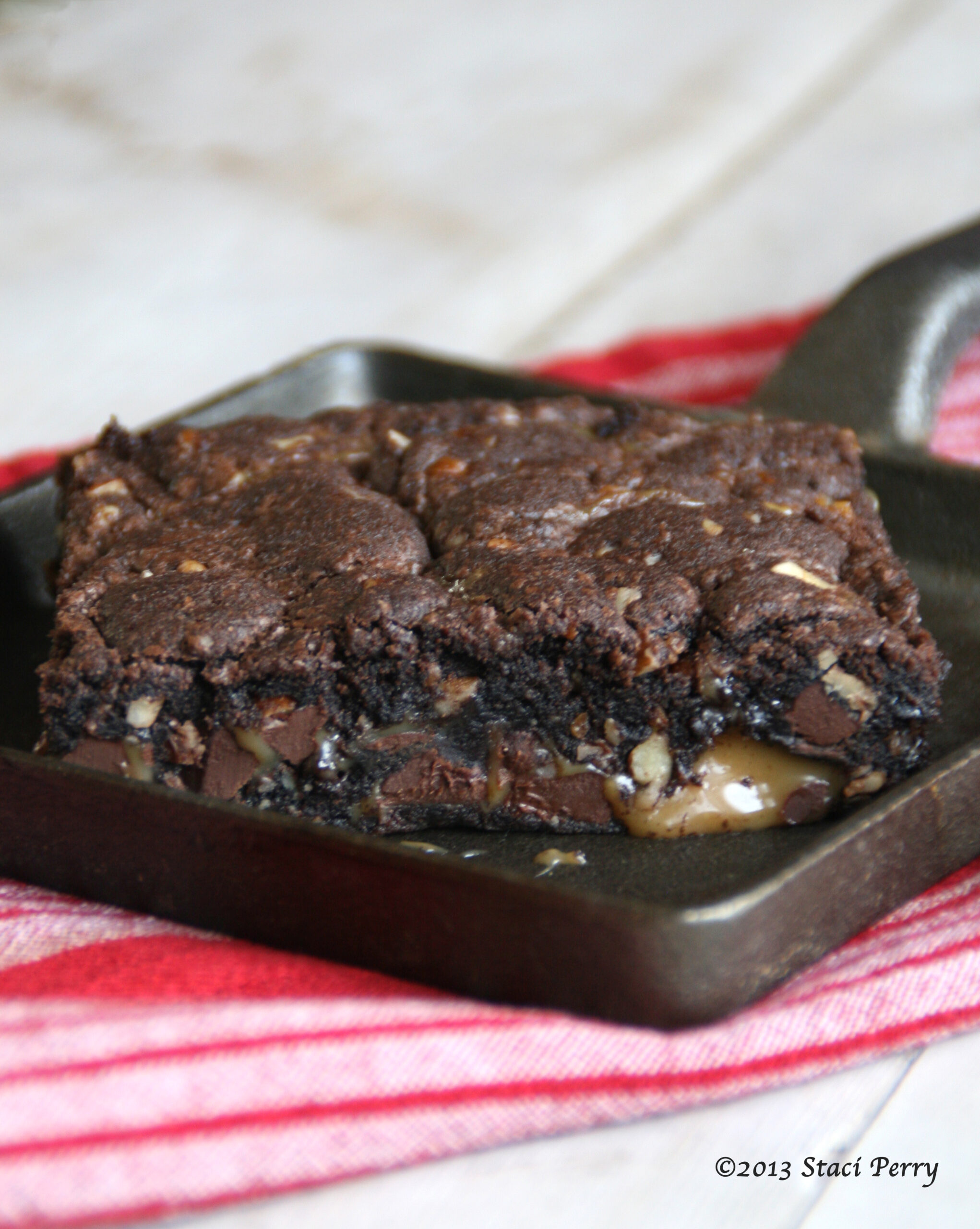